If you're between the ages of 20 and 40, then video arcades probably hold a special place in your heart. Whether you all but lived in one (me), wished you could, or detested those with a liking for them, there's no denying that arcades were a ubiquitous part of American culture. They were everywhere, from big chains to little mom-and-pops, housing better systems than gamers had at home and with all the best games and newest titles.

But why only 20- to 40-year-olds? One simple reason. The quality and success of arcades has plummeted since the mid- to late-90s, at least in North America.

Home console technology quickly improved, rescuing gamers from sore feet and stiff legs they'd endure at arcade standup units. And with the rise of online multiplayer, there was no longer a need for gamers to leave their homes—their friends would come right to them via an Ethernet cable. Also, those giant cabinets and kooky theme games that Namco, Sega, and Konami have released over the last decade have failed to capture American's imaginations as they have in Japan.

I hadn't been to an arcade in months, if not years, before yesterday. With an extra day in Seattle before PAX Prime started, I decided to head to the Gameworks downtown and see what big-time arcades were like these days. Here are some of my impressions:

One of the last really great arcade games was 1995's Tokyo Wars. This title from Namco had up to eight players competing against one another in tanks, all seated in separate racing game style cabinets. It was a lot of fun and one of only a few games where seated players could shoot at each other instead of just racing. 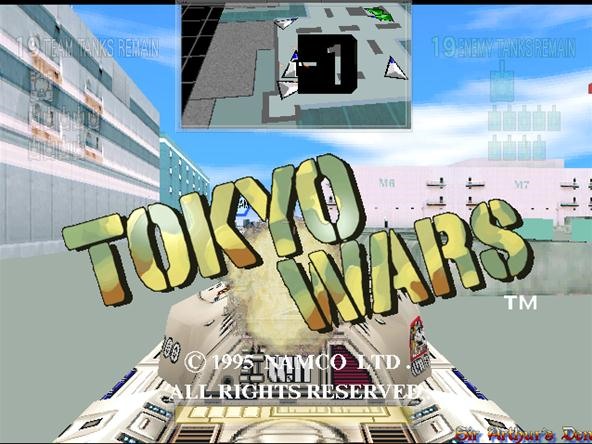 Presumably trying to recapture some of that magic, Namco released Tank! Tank! Tank! in 2009. Just like Tokyo Wars, players sit in racing-style cabinets controlling tanks while they fight each other in urban levels. The only differences I see are that Tank! Tank! Tank! has weapon powerups to collect, the chair and steering wheel shake, and before a match starts the game takes a photo of each player with a cutesy selectable frame around it. It feels worse than Tokyo Wars felt, but that might be because Tokyo Wars was somewhat new and original when it came out. Tanks! Tanks! Tanks! is a shameless rehash of a great game that fails to add enough to the formula to be worth much time or money.

The House of the Dead 4

The House of the Dead 4 is the latest installment in one of the greatest light gun game series of all time, but it might also be the worst. Maybe not as bad as that horrendous movie that came out, but pretty bad.

I love light gun games, and The House of the Dead and Time Crisis are my favorite series from the genre. Both feature light pistols that felt good in your hand and seemed to aim well. The levels were interesting, putting players in enough different situations that one almost forgets they can't actually move their character. The House of the Dead 4 has none of that going for it.

The larger machine light guns it uses are uncomfortable to hold, with the grenade button in a really rubbish position. The enemies appear far too close to you and in too great of numbers, meaning every combat situation is basically just a case of you dragging your machine gun fire level across zombie heads and hoping they all die. The collision detection feels spotty also, though that may have been a function of the individual cabinet I was playing on. Of all the games I played and did not have fun with, this is the only one that actually made me sad.

This was the most pleasant surprise of the day. Hailing from game-crazy South Korea, DJMax Technika 2 plays like a beautiful full-sized version of Elite Beat Agents meets Guitar Hero. Like in most rhythm games, players first select a song they would like to play from a large menu. The whole game is played with a touchscreen. Notes appear as different types of circles on the screen, which players must tap at appropriate times.

It sounds simple, but gets hard and satisfying quickly. The graphics and music are great too, if you like Asian pop music. This was the only game I played that was either fun or original, and I highly recommend it. Maybe it will be the Koreans who can save arcades from their malaise, but it will take about a dozen more games this good or better.

Photos by Retro Game of the Day, The Glamorous Housewife

Damn, you got in on The House of the Dead early! I love the first two games in that series so much. If I ever have the cash for an arcade cabinet collection they're on the list.

I played House of the dead at Paris. I remember spending almost all my money I had to food because of that thing xD :D There isn't a lot of things that is better than arcade games! unfortunately Arcade games are dead to in my country...

If i had the money I would buy one of these: