Angry Birds might be the most visible video game franchise in the world today. It has sold 100 million units, as many as all the Sims games put together. It has been incorporated into board games, birthday cakes, and Israeli sketch comedy shows. And yet, this piece of seeming mass-media whoredom is an indie game. Wha?

This brings up a relevant question— what does "indie" mean? Well, it's shorthand for independent. It generally refers to a game, album, film etc. that was made without the help or support of a larger company like a publisher or film studio. By that definition, Angry Birds is indeed indie.

Finland might not be considered a traditional hotbed of game development, but thanks to companies like Housemarque and Rovio Mobile, it has become just that. Rovio Mobile created Angry Birds based on a collection of concept art by one of their employees, and developed the game without a publisher. It was only after they had completed their sublimely simple game that Rovio sought the help of publisher Chillingo to distribute the iOS version to the slavering masses of mobile users who have since lost their productive lives to it. They have since made enough money to go back to self-publishing for later versions, making them even more independent. 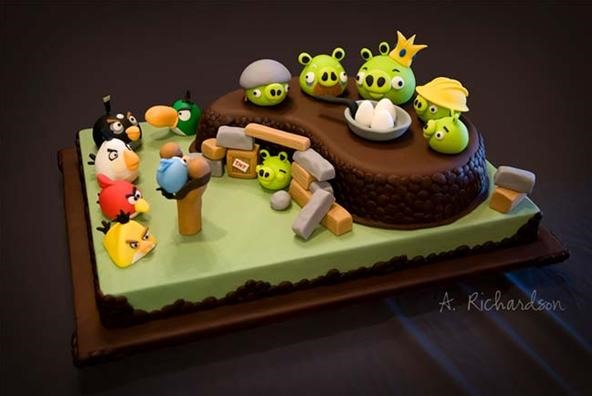 There are caveats. Rovio spent over 100,000 Euros making the original Angry Birds, and much more on subsequent versions. Most indie game developers would sacrifice near-vital organs for that kind of money to put into their games. Some of the initial cash came from their first game Mole War (originally King of The Cabbage World), but much of it came from Finnish angel investor Niklas Zennstrom, co-founder of Skype. Rovio recently raised an additional $42 million in venture capitol from three different firms. It is unclear how much control any of these investors have had over Rovio.

Are games made by self-publishing game developers "indie"?

Are developers with venture capitol and angel investors excluded from the "indie" definition?

In the case of Angry Birds, the word "indie" is indeed appropriate. Angel investors like Zennstrom don't take too much control over companies they invest in, so he likely had minimal involvement with the development of Angry Birds. While $100,000 may seem like a lot to spend developing an indie game, Johnathan Blow spent $180,000 on his indie smash Braid. If that game is referred to as "indie", Angry Birds should be as well, no matter the corporate tie-ins that surfaced later.

Everyone's going bird-crazy since this thing hit the scene.