Advancements in technology usually lead to the miniaturization of old technologies, and video games are no exception. Since at least 1990, game hardware manufacturers and enterprising DIY electronics enthusiasts have poured their efforts into making full-size video game consoles smaller, even handheld. And for good reason—who would have ever played a black and white Game Boy if they could have had an actual NES in their pocket?

Unfortunately, history has shown that none of these attempts at portable full consoles have been fiscally successful or well known outside of the hardcore game community. Just look at the TurboExpress, the first mainstream example of such a device. Companies like Hyperkin and Yabo sell popular handheld emulator-based SNES and Genesis consoles, but these are unreliable and worse, won't play many of the games available for the consoles they emulate.

Today we will discuss the one post-TurboExpress example of a major console manufacturer taking one of their consoles portable, an upcoming attempt by a Japanese company to outdo Hyperkin and Yabo, and Ben Heck's guide to hacking video game consoles for the technically inclined. 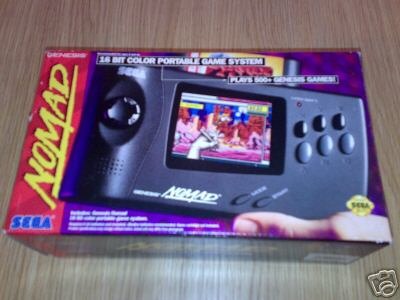 The Sega Nomad came out in 1995, and sounded great on paper. It was a perfect copy of the wildly popular Sega Genesis, but handheld. It played all the games, had all the buttons, and a pretty decent screen. Players could plug the unit into a TV and use it as a portable Genesis; it even had a controller port so a second player could play. Problems that limited its success included a steep $189 price tag, and a reliance on AA batteries, which the device would burn through in about three hours or less. It was among the first of many hardware missteps that would lead to the demise of Sega as a console maker. 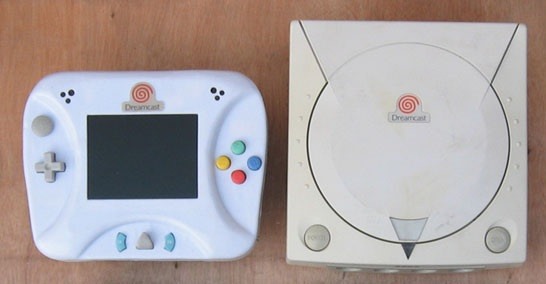 Asian 3rd party hardware companies like Pachimon TV have long been far ahead of their American counterparts in terms of making and selling quasi-legal console hardware. Chinese company Dingoo has made a splash selling portable ROM players, and in the '90s Nintendo lost major profits to several companies that were selling unlicensed Nintendo cartridges and consoles out of Taiwan.

The most recent example of this is the Pachimon TV Portable Dreamcast (above left), available for $470 on Pachimon TV's website. Pachimon makes all sorts of fun game-hacking-related devices browsable on their Japanese-only website, but the portable Dreamcast is both the most absurdly expensive and the most interesting. Sega does not appear to be involved in this attempt to render one of their consoles portable, and it is unlikely that the device is good enough to warrant spending nearly $500 on an 11-year-old system. 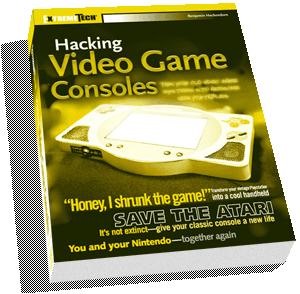 This third DIY option requires some technical skill and a lot of time and money, but produces by far the best portable full consoles. Fortunately, world famous console hacker Ben Heckendorn, known simply as Ben Heck, has already figured out how to hack most past-gen consoles into handhelds (check out the NES-Atari 2600 combo NESTARI handheld below). He's written a book called Hacking Video Game Consoles, a volume of full instructions for hacking the Atari 2600, NES, SNES, and Playstation 1. The parts for some of these projects cost in the upwards of $400, but the results are spectacular. They use completely original console hardware and thus can play every game, unlike the store-bought versions, and also look very cool (for the most part). 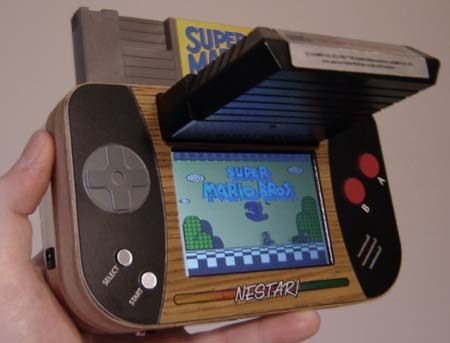