Minecraft has been out nearly two years now. Hard to believe, isn't it? Fans of the game have been spoiled with a lot of new content over that span from its creator Notch, as well as its modders. A couple months ago, Notch tortured the Minecraft community by tweeting some screens of a "Sky Kingdom" that he was working on. 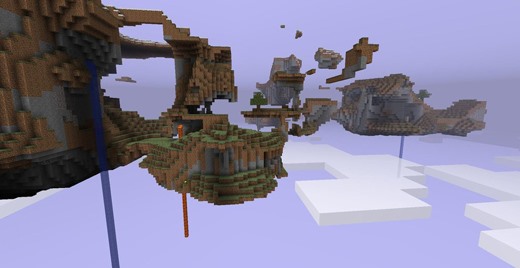 We've heard nothing about it since. Fortunately, bored Minecraft fans wanting more than just the daily routine of castle building and connecting can rejoice, thanks to a team of four modders who have released a similar looking, comprehensive Minecraft mod called the Aether.

It's definitely the coolest mod I've seen in Minecraft, and it looks like everything Sky Kingdom promises to be and more. The most obvious addition in the mod is the Aether itself, a floating island kingdom meant to be the Heaven of Minecraft, opposite the Nether (aka Hell). Like the Nether, it's accessed through a portal built inside the game, and all of the items acquired there can be used in the normal game world, as well. It's a new place full of blocks to harvest, but beyond that, the team created some wonderful additions in the Aether that make Minecraft much more RPGish. 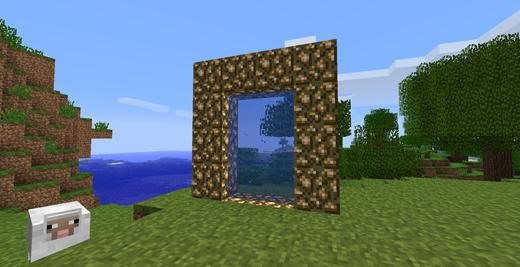 The first important and visible change is the addition of some cool new animals. The flying whales that patrol the skies firing snowballs at unsuspecting miners are hilarious and fit right into Minecraft's list of surreal characters. 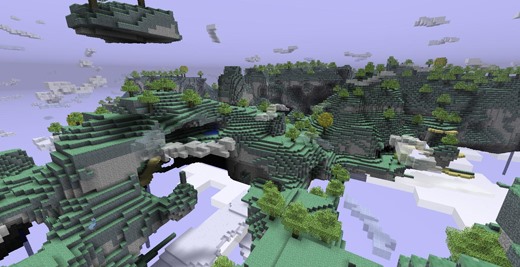 More importantly, Minecraft gets its first fully domesticable animal—the moa, which looks like a cross between a sheep and an ostrich. Players can gather their eggs and use an Incubator item to raise these into domesticated moas, which can be ridden like the flying pig! 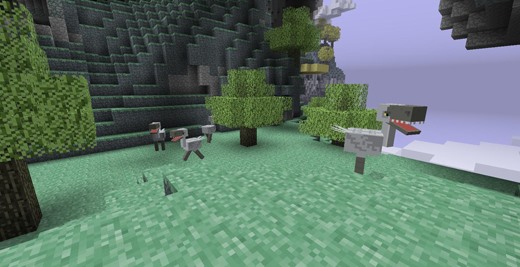 They are the best new mounts in the game, thanks to their ability to double-jump multiple times in a row, depending on their color. Just like the flying pigs, users can mount a moa at any time using a saddle, though the pigs do not jump as well. 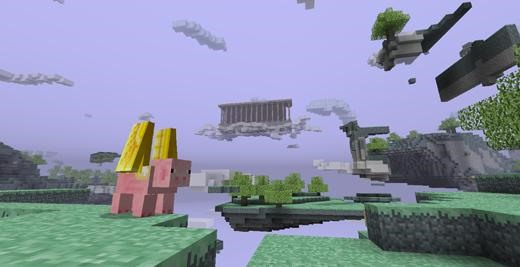 New items, new maps and additions to the menagerie are all standard inclusions in Minecraft mods and updates. But what sets this one apart is its RPG mechanics. The modders behind the Aether created three levels of monster-filled dungeons that players can explore, loot and rid of enemies. Each level contains better loot than the last, and that's loot created specifically for the expansion that cannot be acquired in any other way. There are even bosses! 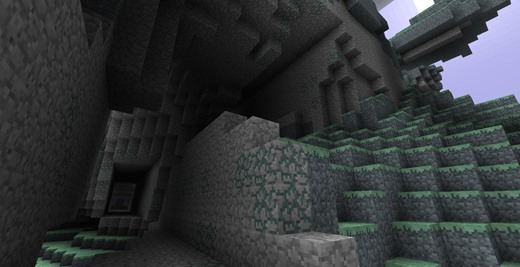 The inventory system has been expanded, as well, and there are now ten slots for equipment thanks to the addition of accessories, including rings and pendants, which can be equipped for looks and stat bonuses.

Minecraft's biggest problem for me has always been its lack of direction. For many, that's the best part about it. But for RPG fans drawn to the large world and cool mechanics of the game, but not the emptiness of its world, this mod is a step in the right direction. Plus, it's the best-looking part of the Minecraft world yet. Installing it requires some digital heavy-lifting (you will have to actually enter a command!), but it's worth it if you want to take your Minecraft game in a cool new direction. See the video below for install directions.