Many of the indie games featured at PAX Prime have been in development for years. That's how long it takes to make a great game. But the two-man development studio in eastern Europe called Stabyourself has existed for less than a year and has already created two games—three more are on the way. They may be spitting out games left and right, but they've got a few to be excited about.

At first, Not Tetris 2 looks like a spot on port of the Tetris version for Game Boy. There's only one difference—this one has physics. Each of the blocks can be turned at any angle, not just the four cardinal ones. They also collide and interact with other blocks, along with the walls of the level, meaning that if players aren't careful, their normally neat Tetris rows will become a huge jumbled up mess. It's a surprisingly fun take on the classic formula, which should make any veteran gamer laugh, if nothing else.

Rimshot and Not Tetris 2 are good games, but Stabyourself's forthcoming game Mari0 looks like a potential 'classic game mashup' classic. Just look at the trailer...

Stabyourself claims to have reconstructed Super Mario Bros. (SMB) from scratch, then added the Portal gun to make things more interesting. The game will also feature a multiplayer mode where they can "...play simultaneously with as many friends as you can connect joypads to your PC." There might be a limit on players by the time the game comes out, but if this game is half as fun as it sounds, it will still be amazing. The machinima potential alone is an exciting thought. Just imagine a gang of Marios portaling about! 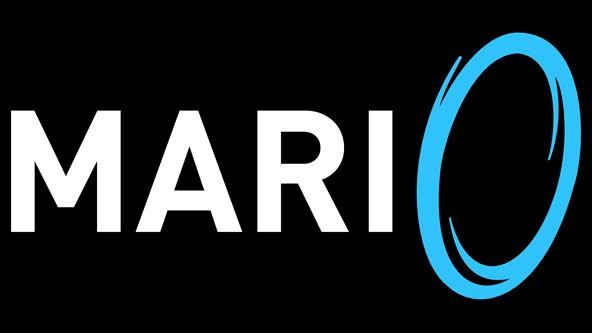 Retro and faux-retro video games have been in vogue since the '80s, but few have featured new elements as creative as this young studio has included in their games. Check out Not Tetris 2, which is available for download now, and keep an eye out here for more news on Mari0. Portal and SMB are all-time greats, and hopefully their fusion will capture a tiny part of their magic. That's enough for nearly any game to succeed.

Thats amazing! will you be able to download it to your computer for free like the others?