On October 7th, the IndieCade Conference will open its doors to some of the most innovative minds in the independent gaming industry. The three day event located in Culver City, California includes presentations by notable indie designers, workshops, galleries, and mixers. On the following day, however, the IndieCade Festival begins. Unlike the conference, the festival includes events targeted at gamers and the general public. While a $15 wristband will grant you access to keynotes, events, and exclusive vendor deals in the Culver City area, visitors can stop by and try out featured games at the festival for free. 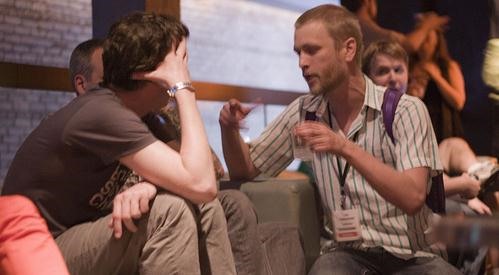 IndieCade originated at the E3 trade show, an event generally associated with the biggest titles and biggest publishers. Shortly after its inception, the event gained its own independence following a move to Bellevue, Washington. In 2009, the festival returned to the Los Angeles area, relocating to the current location of Culver City.

The event, which the  LA Times refers to as being the "video game industry's Sundance," is the product of Creative Media Collaborative, and features notable industry figures such as Robert Khoo from Penny Arcade and Sims creator Will Wright as advisors. The festival offers fans of video games, specifically indie games, the rare opportunity to try out projects headed for release on various platforms. For members of the indie game industry, the conference allows for networking and discussion amongst individuals who are usually segmented into small teams and companies. Additionally, IndieCade encourages the submission of upcoming interactive media projects for showcases. Impressive creations also run the chance of earning awards at the annual IndieCade Red Carpet Awards hosted the evening before the conference begins. 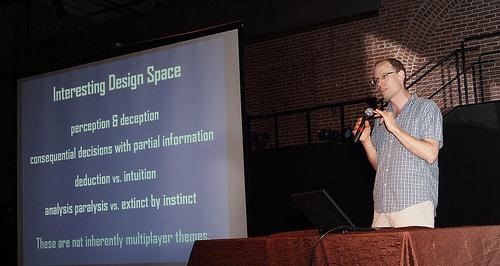 Overall, IndieCade is a fantastic opportunity for industry folks and fans alike. While the latest Madden or Call of Duty game may receive much of the press at an E3 or Gamescom convention, IndieCade embraces the innovative and smaller titles that echo back to a time when games were born in garages by developers trying to create something new and unique. The decision to allow the public access to the event, in some cases without paying a dime, mirrors the traits of openness and value seen in many of the indie titles available today.

If you're in the Southern California area, I encourage you to stop by the event and experience some of the great work hidden by the popularity of AAA titles and marketing budgets of the giant publishers. Festival wristbands are $12 if purchased in advance or $15 at the door. If you can't make it, check back here soon! I'll be visiting the event myself and can't wait to share some of the fantastic games I play.

Photos by IndieCade and Sklathill

James A Tyler 10 years ago

This sounds really cool. I wish I was in the area. I bet you have a lot of fun.