Video game controllers are our windows into the soul of the machine, our sole means of interacting with them. More often than not, consumers seem displeased by their controllers; it's comforting to blame sticky, poorly laid out buttons for messing up your game than your own lacking skills. The original "fatty" Xbox controller was so large it caused mass consternation and prompted Microsoft to replace it with a smaller version in a matter of months.

This article highlights two very different controller add-ons forthcoming for popular home consoles. One is a third-party add-on that might make an already good controller even better. The other is a first-party emergency effort to save a new console that seems to be dying. Both are wretchedly ugly. But will they work?

There are many different controller attachments designed to improve button and stick functionality for first-person shooters. These are the most competitive online multiplayer games for consoles, so it makes sense elite players would customize their gear to fit their exacting specifications. The $50 Avenger controller add-on by N-Control for PS3 and Xbox 360 is by no means the first tool of its kind, but it just might be the craziest. 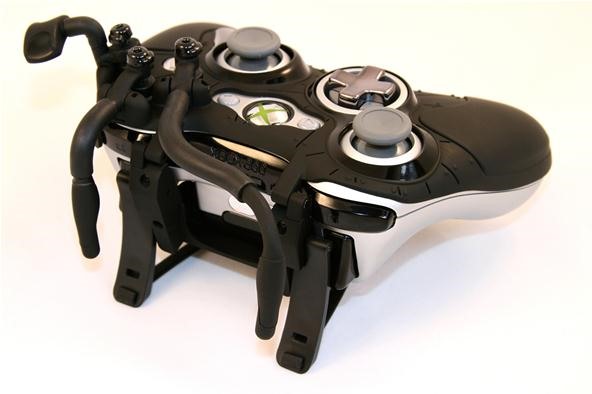 There's actually a lot of good ideas at work here. The telescoping arms that shift the face buttons to the top of the controller are brilliant. No longer must a player take their right thumb off the very important aiming stick to reload or jump, which could make a huge difference in Call of Duty and similar games. Even the shoulder buttons, which are already pretty well-placed on the standard controller, have been moved via hair-trigger sensitive paddles to new areas on the back of the controller, leaving plenty of room for the face buttons (now located on top). The adjustable stand would be a welcome touch for prolonged game sessions as well, especially for portlier gamers with a large surface area to set it on.

The mighty Xbox 360 controller isn't broken, but peripheral manufacturers like N-Control still look for ways to fix it—or just make it better. Nintendo's 3DS, a controller and console in one, is in a very different situation.

Sales of the new handheld gaming system were lagging until Nintendo slashed the priced by a third last month. Two of the major issues with it are terrible battery life and the lack of a second thumbstick, an essential bit of interface control for many modern game genres. Why Nintendo released the unit with both of these problems (compounded by an ongoing lack of tentpole games) is a complex question that may never be answered outside of Nintendo's corporate offices. 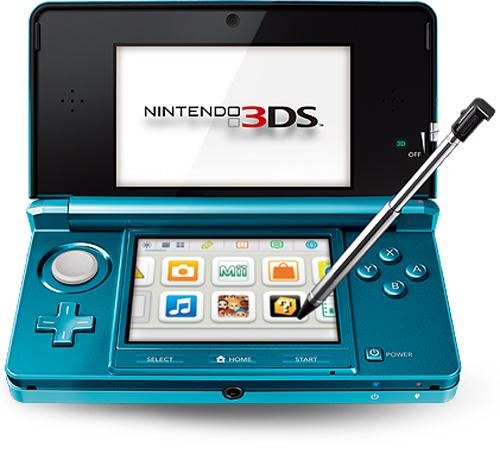 What's clear is that Nintendo is finally taking steps to address these issues. Last week, Famitsu leaked the picture below of the "Expansion Slide Pad"—a chunky bit of plastic that will encase the existing 3DS console, adding a second set of shoulder buttons and the much yearned for second thumbstick. 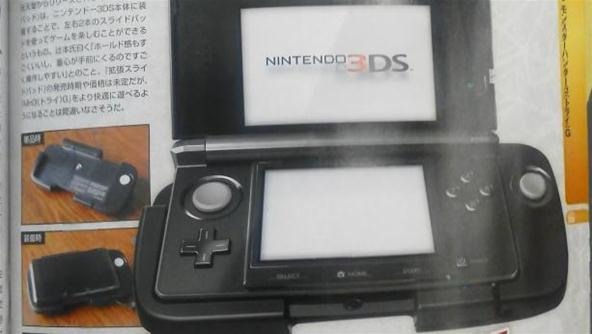 Nintendo has confirmed that the add-on device is genuine and will be playable at TGS this week. The designer of the forthcoming Monster Hunter 3G, the so-called DS killer app (at least in Japan), has even (jokingly) called it a "secret weapon".

The add-on unit is reportedly about 1 inch thick, which would double the thickness of the 3DS when attached. This has led to speculation that a second battery will be included as well, although Nintendo has not confirmed that. Whether the slide pad has a battery or not, it seems optimistic that Nintendo expects gamers to attach this bulky unit to their already bulky console for it to work properly.

Will a peripheral that looks like a cell phone belt clip from 1985 save the 3DS? Probably not. It's going to take some really amazing new games to do that.  And will another peripheral that looks like a robot tarantula from hell help shooters on the Xbox 360 shooter frag more efficiently? It won't make a bad player into a good one, but if the aforementioned elite players bond with it, the Avenger could find its way into wide use, just like Razer's high-end Onza controllers have.

Oooo - at 0:45 you can see the handy gut-rest. One essential feature I always thought the controller was missing.

Indeed. As I get older I find myself resting more and more things on my gut, now it's time for the game controller.