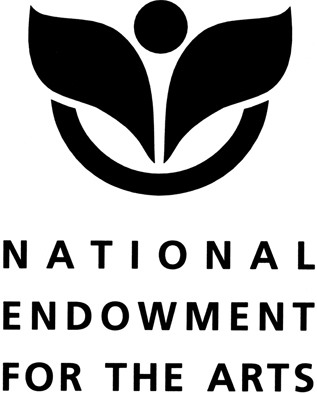 They made them art.

The NEA is notorious for giving out grants to American artists working in all sorts of controversial mediums. The abstract performance art they've sponsored in particular has attracted conservative scorn. In May, the NEA issued rewritten guidelines for their Arts in Radio and Television grant category renaming it "Arts in Media". The list of eligible projects has also been expanded to include not just radio, television, and film, but now "interactive games". That's right, the government will now be able to award grants of up to $200,000 to interactive game projects. Presumably board games and other games are eligible under this wording as well. Interestingly, the guidelines also state that projects will be rewarded for featuring, "substantive public engagement strategies, including well articulated social media strategies." How 21st century.

Predictably, Fox News and conservative bloggers have not been kind regarding this decision. The NEA didn't issue a press release announcing it, presumably fearing that such would occur. Opponents argue that in this time of deficits and budgetary gridlock, there is no room for spending government money on the arts. Never mind that it's less money than Congress appropriates annually for cheese plates. The arts are an easy target for those who don't believe in their value. You can't eat art, burn it for fuel, or get drunk from it, so it's not worth protecting.

The NEA's decision will not change most people's minds about video games. Where it might have an effect, though, is in the art world. A mueseum in Leicester, UK is already staging an exhibit in honor of the NEA's decision. Hopefully artists who receive funding from the NEA will be viewed as more legitimate in the cloistered world of high art, and get their work exhibited. Interactive media have been slowly gaining a presense in the art museums of the world, with exhibitions at MOMA in New York and Stedelijk Museum CS in Amsterdam, among others. The NEA's decision could make this happen faster. Also, this has to upset Roger Ebert's crotchety video-game-disrespecting heart, and that makes me happy.

Does this mess up the tax rating for video games, if deemed as art does it mean that video games sold in New York are exempt from tax. but in other places could have a tax of 28%. (BTW no expert on tax laws so probably wrong)

I don't think this will impact that. The NEA, one tiny part of the labyrinthine bureaucracy that runs the US, doesn't control what the IRS or any state taxation agency does.

This recognition is mostly symbolic, and only affects policy regarding the awarding of NEA grants to video game projects, as far as I know.