For as much money as they've made from North American video game audiences over the years, Japanese game developers don't seem to have very much faith in them. Dozens of great titles from their 40 years in the industry have appeared in Japan and across Europe, oftentimes even in English. But they never make it over to America, like Mother 3, Last Window: Midnight Promise, Dragon Force 2, and Tobal No. 2 (that one didn't even hit Europe).

But earlier this year, a group of like-minded gamers started something called Project Rainfall, a social media movement with the objective of persuading Nintendo of America (NOA) to release three big name, high-quality JRPGs in the U.S. These games came out in Japan and are also available in Europe (or will be soon), and include The Last Story (the latest from Final Fantasy creator Hironobu Sakaguchi); Pandora's Tower; and our subject of today... the newly released Xenoblade Chronicles, which is available everywhere but the United States.

As good as idea as it sounds, Project Rainfall seems to have failed.

Reggie Fils-Amie, President of NOA, issued a terse statement early this summer indicating that Nintendo had no plans at all to release any of the three games (or frigging Mother 3!) in North America. This despite the fact that there are already English language versions of all three games already available or in the works.

To make matters worse, the UK English-language copies of the game will not work on American Wii's due to the consoles draconian region protection system. It seems that there is no way for someone with an American Wii to play Xenoblade Chronicles.

Or is there a way?

The Wii, by dint of its simplicity, has always been the easiest to hack seventh-generation console. Until now, hacked Wii's have mostly been used to play homebrew and pirated games, but the European release of Xenoblade Chronicles presents the most unassailable excuse to hack the Wii yet—it will let you thumb your nose at Nintendo's restrictive policies and play a European copy on an American Wii. It may not be as easy as breaking the region protection on an SNES, which requires only a hammer, chisel, and about a minute of work—but it's definitely doable. 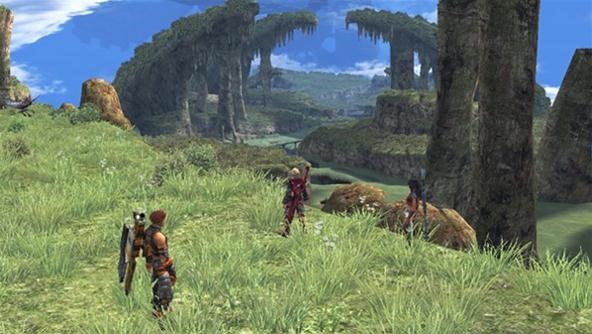 NeoGAF's infinitely productive userbase has generated a long and winding forum thread detailing the process, which Joystiq has been kind enough to condense into a readable and easy to follow set of steps. I will be using their directions as soon as my import copy of the game arrives in the mail next week. Hopefully, I'll be heading back to JRPG Wonderland, which I haven't been to in a long time.

Thanks to NeoGAF's userbase for devising this method and Joystiq for turning that into something decipherable and easy to understand.

well, that sucks. the games look like a lot of fun.