To most gamers, video games are largely devoid of place. In the post-arcade era, the only real world locations most associate with video games are GameStop and the couch. But there's so much more to them than that!

Games have been around for more than half a century and have already developed a rich physical history, but it's one that's horribly documented and scarcely considered by its own adherents, let alone outsiders. It's not just the games themselves, but the places and people that made them possible that should be cataloged and preserved for the future generations of gamers. For them, games will likely mean more than they do—even to us.

One man has taken it upon himself to do just that by creating the Registry of Historic Gaming Locations. It's a small project today, but one that could, with a few other fledgling museum-style video game projects, facilitate the historical preservation video games need.

As you can tell from the pictures below, Patrick Scott Patterson has an imposing physical presence for a gamer. That's no coincidence. From 1998 to 2006, Patterson wrestled under the name of Scott Phoenix (he still goes by Scott, or PSP) on smaller American wrestling tours. 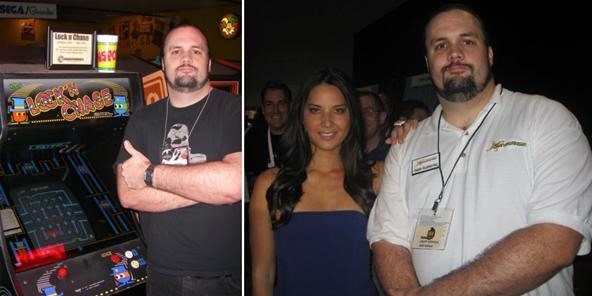 In his post-wrestling career, Patterson returned to his roots as a hardcore gamer, which is almost as hardcore as his wrestling days. This child of the arcade golden age in the '80s has set hundreds of world records on Twin Galaxies for classic games. He currently blogs about video games, repairs vintage arcade systems, and has devoted himself to being an ambassador for the medium.

His most ambitious project yet?

You guessed it. The Registry of Historic Gaming Locations. It all began with a whimsical trip to Atari's birthplace in May, lamentably devoid of any monument or marking at all that recognized the gaming magic that happened there. He documented the place and started taking submissions on his website for other locations. As of right now, there are only eight locations in total on his website—five arcades (including the world's largest, pictured below), two developer headquarters (Atari and Midway), and one location whose importance cannot be overstated—Chuck E. Cheese's Pizza Time Theater #1 in San Jose, CA. 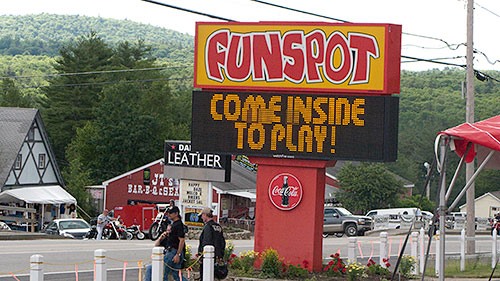 It may not house a huge collection yet, but then again, neither do the International Video Game Hall of Fame or the Videogame History Museum, and they've been around a lot longer. None have the resources to acquire a physical (or even very nice) digital space of their own right now, but perhaps together, one each covering people, places and things, there would be enough material and enough financial support to finally give video games a museum to call their own. A place where my kids will be able to marvel at how utterly crappy the NES games I grew up on were, in an academic setting.

Nice write up, but neither the photo nor the video is me, man. That's another "Scott Phoenix" apparently... who looks nothin' like me :p

Sorry Patrick, these people are stealing your name!

If I thought an indie worker would have any money I might ask the guy to stop.

These other Scotts Phoneix must be SEO masters! They're everywhere!