We've covered Glitch before, the oddball indie social MMO involving the minds behind Flickr, Katamari Damacy, and Game Neverending. Yesterday, the game officially left Beta and entered general release. Anyone can create an account and start playing for free, although there are freemium elements in the form of real money purchasable clothing items.

What is playing Glitch about, exactly? 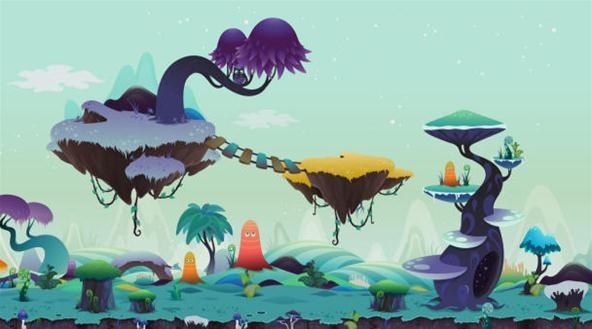 It's tough to say, so far. I've played the game for about 2.5 hours, and most of my time has been spent farming resources and making them into food, as per my chosen vocation as a chef. FarmVille type activities like these are not usually my cuppa, but Glitch is oddly entrancing. I'm not sure where it's headed yet, but the game's presentation is so charming, funny, and mysterious that it seems worth the time to dive a bit further down the rabbit hole. 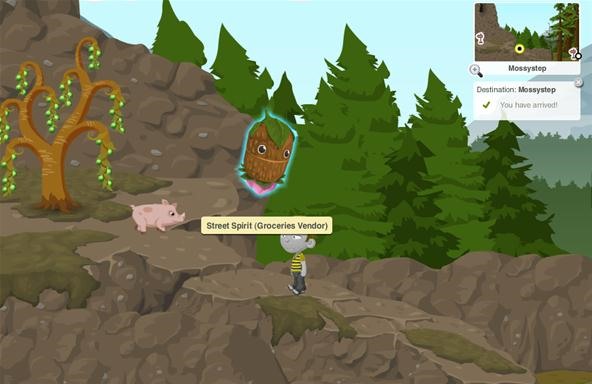 The premise is that the players all live in (or rather, on) 11 different giants, whose dreams are creating the world. Each giant composes a distinct region of the large game world and governs one aspect of gameplay, making currying favor with each by donating to and serving them crucial to progressing.

There is no combat in this mostly children-friendly game, and player interaction with the world seems to consist mostly of gathering resources and manipulating those resources into new, more elaborate ones via a variety of learned skills like cooking, farming, and alchemy (a player can be seen gathering grain by squeezing a chicken below. Don't ask). There are RPG mechanics like crafting, buying and selling, inventory management, and exploration to play with. But again, why I'm bothering to do any of it beyond feeling oddly compelled to do so remains a mystery.

The thing that keeps me going, beyond all else so far, is how much craft went into the experience. The writing is high brow enough that I've already seen references to Brownian motion and the classic Radiohead song "Street Spirit", yet still consistantly hilarious. It's among the funniest games I've played recently, and humor gets me hooked faster than almost any other stylistic component a game can have. Even if free social games aren't your thing, as they aren't mine, give this one a try. My character is called Battj if you'd like to be friends. I'm nice, promise.

That is so KOOL! I'm going to try it out!