Most indie game developers will never see a million dollars in their bank accounts, and I certainly doubt that Eul, the anonymous developer responsible for the original version of Defense of the Ancients (DotA), expected to. But now even the fans can earn a little green. Some lucky and talented DotA players are about to win $1,000,000 for playing the unreleased sequel to the free unsupported Warcraft III mod from 2003.

For those who haven't had the pleasure, Defense of the Ancients started out as a custom scenario made using the World Editor included with Blizzard's Warcraft III: Reign of Chaos. Based on a popular Starcraft map, it expands on the hero mechanic already present in Warcraft III and turns it into the focal point of the game.

Players select one of the 104 unique heroes when they start each game, and can play in teams of up to 5 against one other team. The goal is to destroy the other team's Ancient, a large structure in the middle of their base. Gold is the only resource to manage. It's acquired by defeating enemies and used to purchase items which strengthen your hero. Killing baddies also grants experience points, which can be used to develop your hero's abilities. There are no buildings to build or ore to mine—a refreshing change for an RTS game.

What started as a one-map custom scenario quickly became an institution, what Gamastura has called "...the most popular and most-discussed free, non-supported game mod in the world." It's been played in tournament format at Blizzcon and other game events since 2005 and has one of the most dedicated corps of competitive gamers. In fact, it became so popular that a fairly startling business transaction ensued involving its developer. 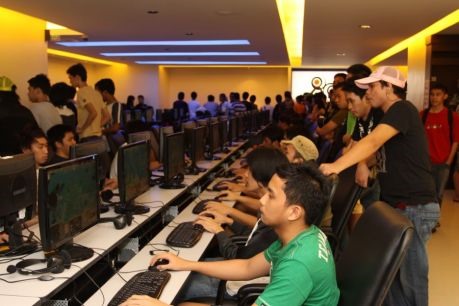 DotA is community-maintained, but since 2005 its development has been led and moderated by an anonymous programmer named IceFrog. In 2009, he announced that he had been hired by Valve Software to run a development team there. A year ago, Valve filed trademark papers for the name 'Dota' (dropping the stylized acronym based 'DotA') and in October they officially announced that IceFrog and Valve were working on the sequel—Dota 2.

But there have been challenges along the way, thanks to Blizzard (makers of Warcraft) and Riot Games (makers of the DotA-based and massively popular League of Legends). But they haven't stopped Valve from running a pair of pre-release events for their new property this week. The first event probably directly concerns you, if you're reading this article. It's the start of the Dota 2 open Beta, which you can sign up for now using your Steam account. If Valve chooses you, you'll be able to play an almost completed version of the game for free before it comes out.

The second event is for the dedicated DotA players skilled enough to play the game competitively. In Cologne, Germany, a live-stream Dota 2 tournament called The International is being held featuring the best DotA teams from around the world. They are competing for $1.6 million in prizes, with the winning team splitting a cool million. This isn't the first million dollar video game tournament by any stretch, but may well be the first for an unreleased game. 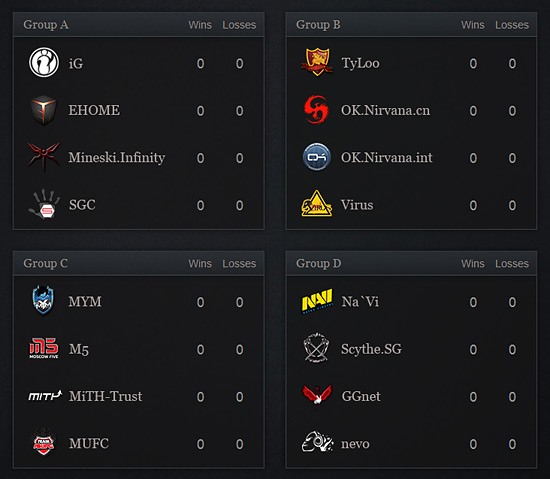 Whether you've been there since the beginning or this is the first you've heard of it, DotA is a unqiue achievement in the history of game development—a game made by the community with a map editor that has become a full-retail franchise made by one of the world's best game companies and played for millions of dollars. It is, or at least was before Valve took over, the epitome of indie.

Go check it out. If you get into the Beta, I'll see you there.

Competition is good. I have no idea what is going on in the videos but millions of people can't be wrong. Just the other day League of Legends announced a 5 million prize pool for their competitions, probably trying to deflate all the publicity that Valve got from this 1 million tournament. With these type of monetary prizes, I wonder if it will steal people away from Star Craft 2.

They should make a movie out of this, kinda like "The Wizard" or "King of Kong" only with a million bucks at stake. Imagine all the tears at the end.

Agree. We saw The Wizard about a month ago on netflix. When I first saw the movie, I was barely in my teens, around the age of the kids in the movie. I was furious that the movie didn't feature more video games and that the unveiling of Super Mario 3 was too short. There was some actual anger I think. If only message boards were around back then to vent!

Now, some 20 years later, I get the other 99% of the movie. The poor kid traumatized by the death of his sister, the toll on the family, how adults can carry heavy burdens/regrets, etc.. There were some cheezy parts, but a lot less than I expected. And Kevin Bacon lol, I didn't know he was in that movie. When you take all those things into consideration, that was a very impressive movie considering it was only made (in my 11 yr old eyes back then) to hype the release of Super Mario 3. Even more impressive if you compare it to the monstrosity that was The Super Mario Brothers: The Movie.

In the dota world though, just a well made documentary would be more than enough. If someone tried to write a book it would practically write itself, too much content.

Sorry, I meant Cristian Slater, not Kevin Bacon. I often get those 2 confused.

Dude, they look nothing alike! Also, there was a Super Mario Bros movie? You should watch it again and write a review/recap. Bet it'd be hilarious.

$1 million is crazy. If I'd known about this ahead of time, I would totally try for it.