The UK print media has been yellower than the middle traffic light for a long time now. The News of the World scandal has cast that into particularly sharp relief of late. The Sun, one of the biggest newspapers in the United Kingdom, demonstrated it again last week when they ran the front-page headline "DEATH BY XBOX".

There's no misinterpreting that, is there? Yes.

The story behind the lurid headline is the sad one of Chris Staniforth, a 20-year-old Englishman who recently died of deep venous thrombosis (DVT). This condition develops when a blood clot develops in the leg and moves to the brain during a prolonged period of inactivity. It's increasingly common among sedentary Westerners, whether they watch too much television or work at a desk all day. Staniforth reportedly played video games as much as 12 hours at a stretch, so his lifestyle was certainly sedentary.

Since video games are popular media targets anyway, journalists have been quick to imply a causal relationship between gaming and DVT. Even Staniforth's father has launched a campaign to spread awareness of the "link" between games and the condition. He made this statement in the same article in The Sun: "Kids all over the country are playing these games for long periods - they don't realise it could kill them." 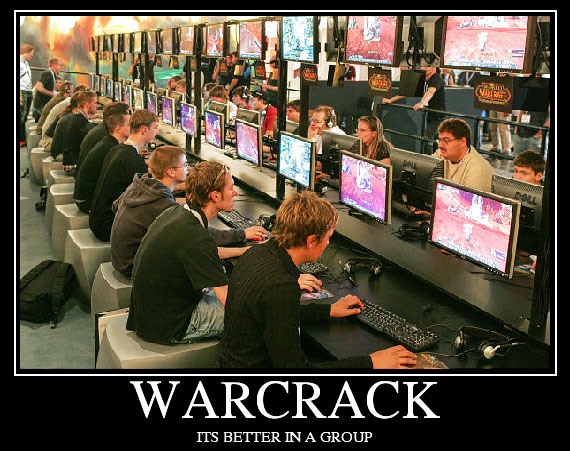 Did video games kill Chris Staniforth? Did they kill Snowly, a Chinese girl who perished after a 30-hour World of Warcraft session in 2005? Are they responsible for the death of an Ohio woman and her husband after their son shot them for taking his Halo 3 game? Is the first-person shooter DOOM actually responsible for motivating the two perpetrators of the Columbine Massacre?

The answer to all of these questions is no. Video games did not kill these people. They all certainly had profound addiction issues with games and probably a host of other issues as well. But saying Staniforth in paritcular was killed by his Xbox is absurd. He could have been doing any sedentary activity and suffered the same fate, from assembling model airplanes to trading stocks. DVT is most common in those who have recently spent time convalescing or are engaged in regular long distance travel, neither of which are described in the sensational news headlines.

The fact is that people spend a tremendous amount of time playing games. Anytime people spend that much time doing something, some of them are going to get problems from it. Some are also going to die while doing it. Not because they were doing it, but because they happened to be doing something they do a lot—and died during that time. Did any U.S. newspapers claim that baseball killed Shannon Stone, the man who tragically fell from the stands in Texas during a game earlier this year? No. But because video games are misunderstood by many older people, those seeking their favor will take any excuse to link them to social probelms, and that is exactly what The Sun has done. Staniforth played video games too much, no one can dispute that. But they did not kill him. A lack of support from those around him combined with deep psychological issues did that.

I thought DVT only happened in long air plane rides since you have to sit still for long periods of time. Still DVT is sort of like getting hit by lightning, you have to be really unfortunate to get it.

Awesome, my post appears to have been eaten so here's the short version:
No, long-haul air travel increases the risk because of the pressure differential, but you most certainly do not have to be on an airplane.
No, it's nothing like getting hit by lightning. Incidence of DVT is 1 in 1,000. Incidence of human's being struck by lightning is around 1 in 500,000, so, several orders of magnitude difference.
Yes, most people won't have to worry about it, but then gamers who spend 10+ hours sitting down are not "most people". :)

I didn't mean it that literally on the lightning/dvt comparison, I just considered either one to be really unlucky.

I checked out the stats on getting hit by lighting and it ranged from 570k to 1 to 1.1m to 1. It says that 90% of people being hit by lightning live.

If it is really 1000 to 1 then that's really common. I mean, the odds of slipping on a bathtub is 2.2k to 1! That means you'll sooner get dvt than slip in your bathroom... what is going on in this world!

Yeah video games will kill you and make you stupid and violent, so go outside and play football instead! Makes a lot of sense doesn't it?

My son plays all these games and more, works for Sentinal and has a home office computer business, repairing and teaching in the iT busines and designs web pages. He has an adoring spouse also working and they have plenty of time for each other. The secreat is to pace yourself with each aspect of your life and live in the real world.

that kid died b/c he didn't get up and strech instead of being on crack with vid. games